An integrating sphere is a spherical chamber whose internal surface is coated with highly reflective diffusing material. It has an input port where lamps can be inserted and an exit port where detectors can be installed. There are several applications that require the use of an integrating sphere and there are also standards of measurement such as IES’s LM-79 which are described in the following article.

a) Integrating sphere to measure total luminous flux: In order to measure total luminous flux from a lamp, which is measured in units of “Lumen”, the lamp is placed inside an integrating sphere. Rays of light that emanate from the lamp are diffusely reflected from the walls of the sphere multiple times, until they find their way into the detector. The detector therefore collects the total luminous flux emanating from the lamp. The technique originated at the turn of 20th century as a simple and fast method of comparing the lumen output of different lamp types and remains the dominant method in the lamp industry for manufacturing quality control. Figure 1 shows the set-up. 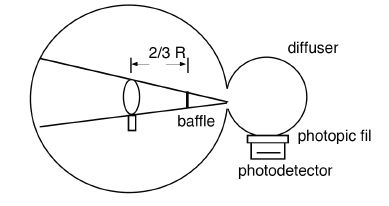 Using this set-up the sphere acts as a photometer. The lamp is mounted at the center of the integrating sphere and is baffled from the viewing port that is equipped with a smaller diffuser sphere and a photopic response detector. The function of this detector is to emulate the human eye response. The Baffle is usually mounted at 2/3 the radius of the sphere. Firstly, a lamp of known luminous power is placed inside the sphere to calibrate the detector. After calibration the lamp to be tested is placed inside the sphere and measured. It is also possible to replace the photodetector with a spectro-radiometer to measure spectral radiant flux. Obtaining spectral information from integrating sphere provides two key advantages:

The spectral response of the detector and spectral responsivity of the sphere wall do not affect the measurement of luminous efficacy of the lamp since one can correct for them. (luminous efficacy is defined as the ratio of output luminous power to input electrical power measured in lumen/watt) as well as lumens one can obtain important color information such as chromaticity coordinates, correlated color temperature and color rendering indices.

b) LM-79 standard: The Illuminating Engineering Society of North America (IES) published LM-79-08, an approved method for the electrical and photometric measurements of solid state lighting products. LM-79 testing measures performance characteristics of Solid-State Lighting (SSL) products such as Light-Emitting Diodes (LEDs). The measurements are usually done under controlled conditions at the beginning of a lifetime of a product. LM-79 data enables objective product comparisons, allows for evaluation relative to performance requirements, and is required by labelling programs such as LED Lighting Facts. Measuring the total luminous flux in Lumen and the luminous efficacy in Lumen/Watt is essential for LM-79 standard reports. The content of a given LM-79 report partly depends on the apparatus used for measurements. Integrating spheres can measure the total luminous flux and colorimetric data. However, they are not capable of measuring luminous intensity at different locations around the sample. The spatial distribution of beam around a lamp is also an important part of the LM-79 report but only gonio-photometers are capable of measuring the spatial distribution. However, gonio-photometers cannot measure colorimetric data. Given the different capabilities of the two methods, both methods are covered in the LM-79 standard.
As an example, if only the integrating sphere method was used, the report will not characterize the spatial distribution of light. Similarly, if only the gonio-photometry method was used, the report is unlikely to include the colorimetric data. Some reports will contain both aspects. Figure 2 shows a mechanized integrating sphere which is used for testing lighting product samples. 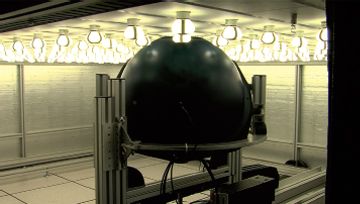 c) Integrating spheres for laser power measurements: The two main advantages of integrating spheres are total collection of emitted light and spatial integration. If integrating spheres are used to measured laser power, there will be a third advantage of attenuation. It turns out that fraction of total flux received by a photo-detector mounted on an integrating sphere’s exit port is approximately equal to the ratio of the laser beam area (active area) to the surface area of the sphere multiplied by an integrating sphere constant called the 'sphere multiplier' (Usually has a value 10 to 30). For a 1 mm2 active area laser impinging on a 100 mm diameter sphere, the detected flux would be less than 0.1% of the incident flux. High power industrial lasers can be tested in this manner. The high reflectivity of the coating material helps avoid burning the surface material. Another advantage of using integrating spheres for laser power measurements is spatial integration. In case of divergent and non-symmetrical beams such as those produced by diode lasers, spatial integration is a huge advantage since these diode laser beams tend to overfill the active area of conventional detectors. The placement of baffle in the correct location inside the sphere is also another important consideration. Baffles are usually placed in a location to prevent the direct view of the hot spot a shown in Figure 3. 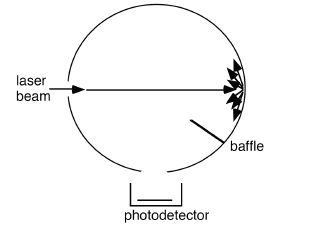 Figure 3: Baffle location should block the viewing of the hot spot produced by the laser beam

In case of diode lasers, the field of the detector should not overlap the direct area of illumination by the laser. This is shown in Figure 4. 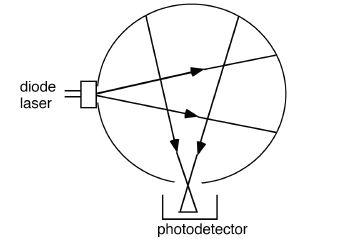 Figure 4: The FOV of detector should not overlap the direct area of illumination by the laser 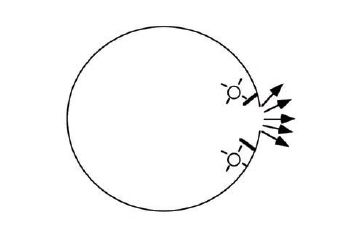 It is sometimes necessary to use the sphere source for testing an imaging system such as an array detector or a CCD camera. In this case the desired effect is uniform irradiance. One has to place the camera coaxial with the integrating sphere but at some distance away from the exit port. When used in this configuration, the two important parameters that need to be measured are the axial irradiance at the center of the camera as well as the irradiance at the off axis edge. Figure 6 shows the usage of integrating sphere in testing CCD cameras or linear array detectors. 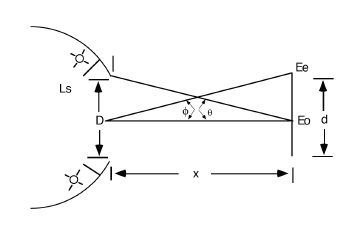