Traditional methods of weed control use herbicides to destroy weed. Herbicides contaminate other plants and may also get into the water supplies. In addition humans and animals could get exposed to herbicides and the weeds could develop resistance to herbicides1. The other alternative is to replace herbicides by manual labour. Manual labour for weeding application is expensive and difficult to organize1.

One can list the existing following methods for weed control1

Alternative methods of weeding are required which are environmentally friendly  and can do the job more efficiently. In this technote, the focus is on the laser method. The idea is to use machine vision to identify a particular type of weed and then use a visible or near IR laser to shine a pulse of suitable energy on its stem to inflict damage. Several researchers have worked on the idea3,4 and have found out that the effectiveness of the method depends on several parameters as listed below4: 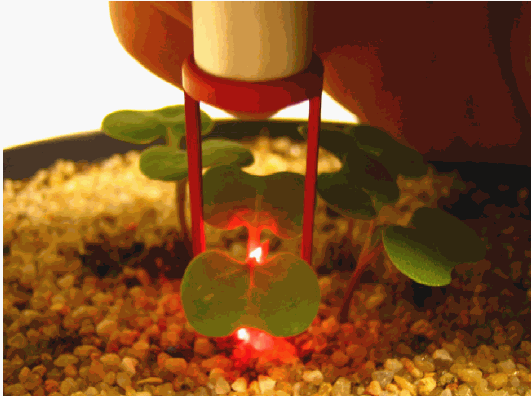 Figure 2: Targeting the stem of a plant with laser

This technology could be combined with robotics machine vision and image processing to produce an effective method of control. It turns out that the growth stage of the weed plays an important role in uprooting it. The earlier in the growth stage of the weed species, the easier it will be to uproot. Accurate aiming at the stem and having enough energy density are also very important in effectiveness of the method.
One question is which wavelength of operation should be chosen. In one study a 90 Watt near IR laser at 800 nm and a 5 Watt green laser at 532 nm were used4. The near IR laser has less surface absorption and deeper tissue penetration. However it was found out at the end of the study that the visible laser is more effective in damaging the weed. Lethal impact on a weed could be observed two weeks after the treatment by a observing 90% decrease in fresh mass3.

Due to shortage of man power in the field, it is suggested to use robotics and mount all the instruments on top of it. Figure 3 shows such a robot.

Another possible scheme of operation is aerial treatment of weeds6. This scheme of operation is normally used when opium fields are involved. Illegal cultivation of opium in poppy fields is often protected by cultivators who defend these fields by the use of armed weapons. The security forces that are being sent to destroy these fields often encounter resistance by these cultivators and could be killed. The use of herbicide treatment which can be administered by an airplane could cause undesired effects as discussed earlier in the article. The air plane at times can not  get close enough to these fields because the cultivators could potentially shoot at it with their rifles. The solution to this problem is to keep the airplane at a safe distance which is estimated to be about 5 km in horizontal distance and 3.5 km above ground and direct a laser beam on the poppy fields6 to destroy them. At the distance and altitude mentioned, the potential armed confrontation has lost its effectiveness and the poppy fields could be treated.

Allied Scientific Pro offers laser cleaning systems that can be integrated with robotics and machine vision for weed control operations. For more information, refer to the following link:

ce 1). Potential applications exists in Pebble Bed Modular Reactors (PBMR) which are used in South Africa. Uranyl nitrate is the basic feed material for PBMR fuel production and uranium dioxide is the fissionable material of the fuel element kernels (Reference 1). Figure 1 shows pebbles used in PBMR
in Welcome to our blogs !
# Lasers Cleaning Blogs
Not All LED Panels Are Made Equal. Here’s How to Tell the Difference