Removal of uranium compound particles such as uranyl nitrate (UO2(NO3)2 6H2O) and uranium dioxide (UO2) on surfaces in the nuclear industry is of utmost importance. Metal canisters in hot cell complexes and instrumentation in nuclear fuel production need to be cleaned off from these particles (Reference 1). Potential applications exists in Pebble Bed Modular Reactors (PBMR) which are used in South Africa. Uranyl nitrate is the basic feed material for PBMR fuel production and uranium dioxide is the fissionable material of the fuel element kernels (Reference 1). Figure 1 shows pebbles used in PBMR. 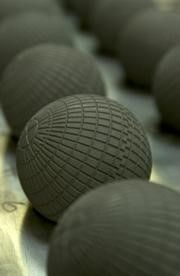 Although the funding for PBMR technology has been cut in South Africa (Reference 2), the issue of cleaning uranium particles metal canisters remains a common issue for all types of nuclear reactors.

Loose uranium compounds are much easier to remove as a form of contamination as compared to the contamination that has penetrated into the oxide layers of metal surfaces in a nuclear reactor. However, loose contamination is dangerous because firstly, it can be inhaled by a person and secondly it can be carried by footwear or clothing to another location outside of the restricted areas. Once these particles are inside the body, they pose a radiation hazard and as well as they are considered toxic.

There are many different methods of cleaning these loose particles such as chemical cleaning or water jetting. However, the addition of chemicals or water implies dealing with the secondary waste that is generated. The secondary waste is radioactive and needs to be properly disposed of. This adds to cost of using these cleaning methods and improper disposal of secondary waste could create health hazards or contaminate water supplies.

An alternative method is laser cleaning where a pulsed laser ablates the surface and removed the particles. This method is a dry process and removes all the contamination without the use of a secondary medium (such as water or chemicals). The particles are removed using an extraction system which contains a disposable dry filter such as HEPA filter (Reference 1).

As far as the choice of the laser is concerned, both the surface layer removal and Dry Laser Cleaning (DLC) are more efficient at shorter wavelengths such as in the visible region which could reduce the substrate damage. However, the choice of the laser is dictated by the over all efficiency of cleaning large areas which dictates the use of either a Q-switched Nd:YAG laser at the fundamental wavelength of 1064 nm, or an industry grade pulsed fiber laser.

In one research (Reference 1), uranyl nitrate crystal or uranium dioxide kernels were crushed with a pestle and mortar and was spread over stainless steel surfaces of 30 mm2 area. A q-switched YAG laser working at fundamental wavelength of 1064 nm, 0.8 J energy per pulse, 10 Hz repetition rate, and a 7-10 ns pulse width was used to clean off the surface from the uranium compound particles. The energy density of the laser was typically 0.5 J/cm2 which is comparable to an energy density that can be produced by a pulsed fiber laser (1.5 mJ per pulse, 60 µm diameter spot at 1030 nm, energy density=0.75 Joules/cm2). Figure 2 shows removal of rust from metal pipe by this pulsed fiber laser of 100 watt power. The laser head is held at the focal position by a robot at all orientations. 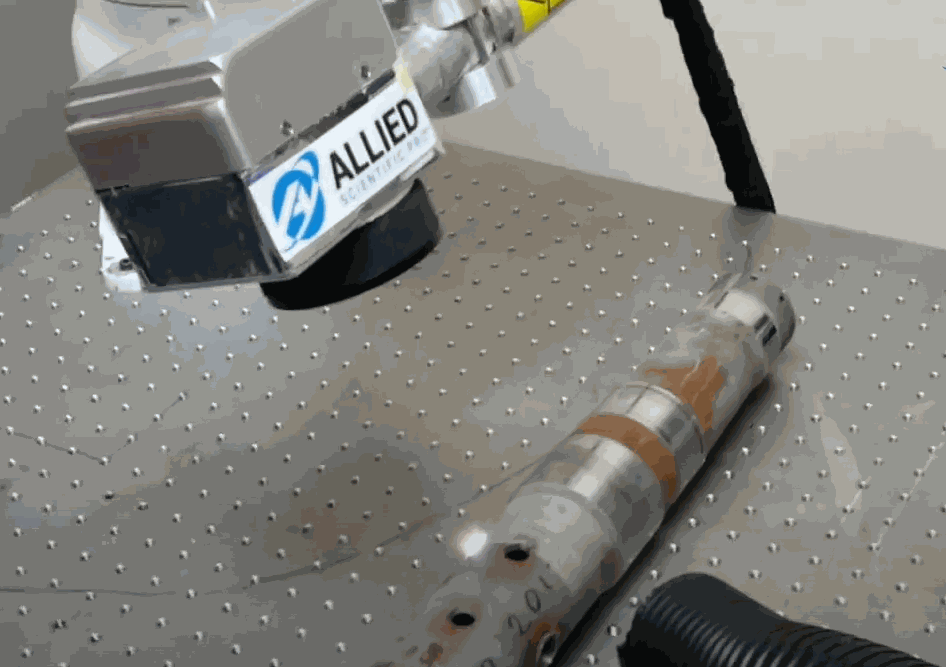 Figure 2: Removal of rust by a robot controlled, 100 watt Near-IR fiber laser from a metal pipe

To be considered a clean surface (white area) , both the α and β activity need to be considered. In general, α activity is more important than β  activity and has a lower maximum activity limit because it poses a more severe internal hazard. The safe dose for a particles is less than 0.04 Bq/cm2 whereas the safe does for b particles is 10 times higher and is less than 0.4 Bq/cm2. Several tests were performed on stainless steel samples covered with either powders of uranyl nitrate or uranium dioxide. In one set of tests, a fan used as the first pass for cleaning followed by several laser passes followed by a swipe with smear paper and finally finished off by washing with water. Figure 3 shows the test done on Uranium dioxide cleaning using a 0.36 J/cm2 laser fluence. 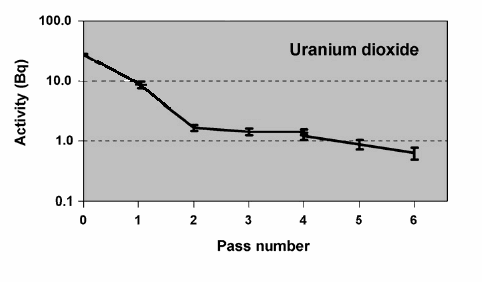 Figure 3: Laser cleaning of Uranium dioxide using a fan (the first pass), laser (the second, the third and the fourth passes), swipe with smear paper (the fifth pass) and wash with water (the sixth pass) using a 0.36 J/cm2 fluence.

The result in figure 3 shows a low drop in activity when the fan was used as the first pass but 85% of the particles were removed after the laser passes. The cleaning by smear paper and wash with water (5th and 6th passes) showed minor reduction in activity.

Figure 4 shows the same test done on cleaning the uranyl nitrate particles using the same laser fluence of 0.36 J/cm2. Uranyl nitrate layers are in fact semi-transparent to laser radiation at 1064 nm and therefore they can be removed at the layer-substrate interface using the process of spallation (Reference 3). The result shows a low removal using the fan only but a 98% drop in activity after three laser passes.

For a nuclear decontamination system, it is important to demonstrate that a huge percentage of radioactivity that is removed can be trapped before being redeposited on the surface again. It should also be collected in a form suitable for disposal. For the research referenced in this article, TC-99m which has the same adhesion properties as uranium compounds but is less radioactive was used for safety purposes. As far as the adhesion properties are concerned, Vanderwall forces play an important role and prevent particles bigger than 100 mm in size to be removed by using a simple extraction system. Laser cleaning is advantageous because it removes surface layers as well as sub-micron particles.