SEE testing of microelectronic devices is complex and multiple methods may be needed to optimize the measurements and get an accurate value for the error rates. The particle SEE testing method and the laser pulse testing method are the two prominent methods of SEE testing but neither one of them is perfect on its own. Here are some of the drawbacks of each method:

For the above reasons, laser pulse testing in tandem with particle testing is recommended for a complementary SEE testing, to identify the sensitive nodes, possible modes of error and to get an accurate error rates.

To further analyze the properties of these two complementary testing techniques, SEE testing using a TPA method followed by a heavy ion testing is considered on a SDRAM device [Reference 1]. TPA was chosen for testing this particular device because the top part of the device was covered with metals. TPA laser beam could penetrate the device through the backside of the device which had a flip-chip packaging and illuminate the memory cells. Figure 1 shows the schematic of the TPA testing. The microscope objective focused the beam to a diameter of about one micron and passed through the transparent protecting dielectric with no charge generation in the protecting die since the laser wavelength was longer than the maximum possible wavelength for an electron to traverse the silicon bandgap (1.26 microns). 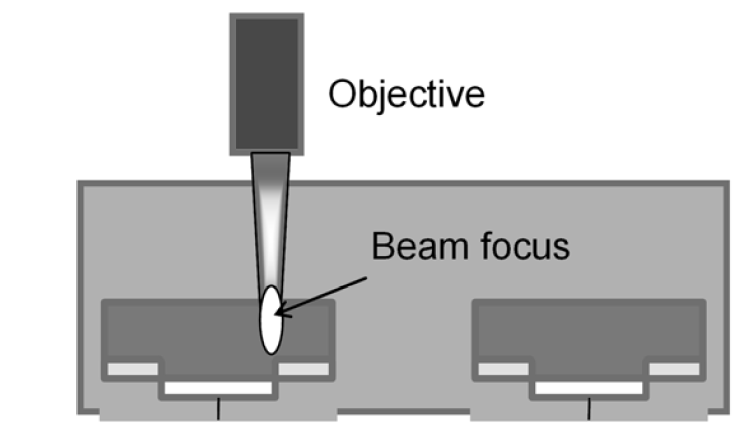 The laser beam produces charge carriers only at the focus of the laser beam when the intensity of the beam is at its maximum. The micron size beam investigates sensitive nodes of the circuit and eliminates the possibility of cross contamination of modes which happens during the particle testing. In figure 2  the microscope objective which focuses the beam on the part of the circuit which has a flip chip packaging is shown. 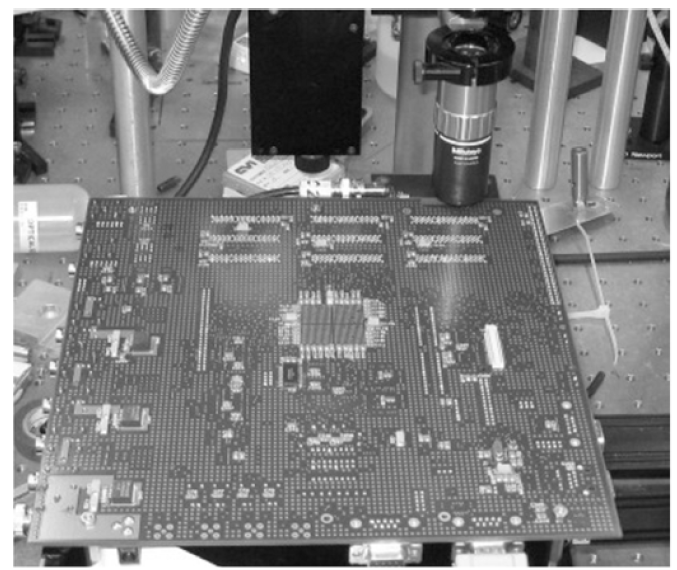 For the SDRAM test, the Device Under Test (DUT) was placed exactly underneath the camera system and the laser beam. Both the IR beam from the illuminator and the laser beam were focused on the sensitive volume. As the translation stage was by the laser beam moved, the device under test was scanned and the image of DUT was observed by the IR camera. A strip along the center part of the SDRAM contained most of the control logic and its feature were resolvable under the microscope as shown in figure 4. 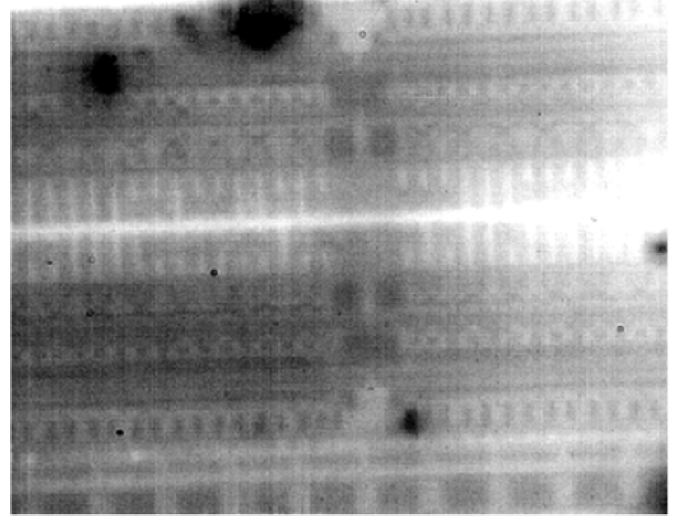 Figure 4: The resolved comb-like structure at the center of the SDRAM which is observed in the picture, contained most of the control logic and caused most of the logic errors.

However, the memory array was located on either side of this strip down the center of the SDRAM and the resolution of the microscope (nearly 1 micron) was not high enough to resolve its features as depicted in figure 5. 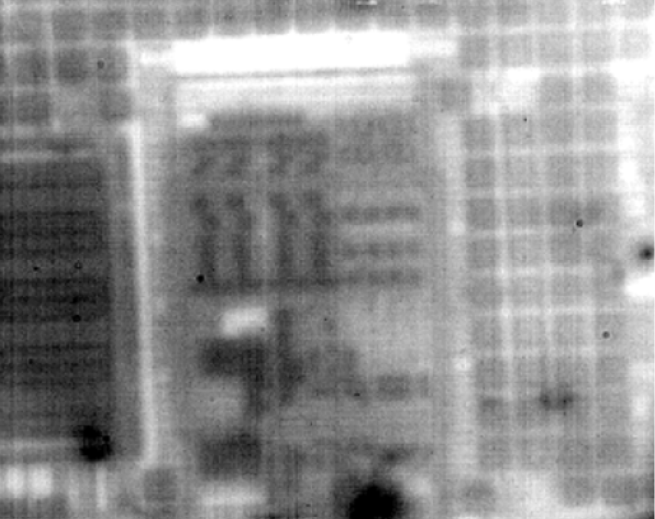 Figure 5: The resolution of the microscope was not high enough to resolve the individual memory cells

The types of errors which were observed during these tests were

Several heavy ions were used during the heavy ion testing including Ne, Ar, Kr and Xe beams but a SEFI error could only be observed once during a Kr heavy ion testing. The LET for this Kr ion beam was about 22 Mevcm2/mg and its symptoms of this error mode were very similar to that of laser pulse testing. It required a reboot of the system to be cleared and it is likely that this error mode happened only during a small part of the operation of SDRAM.

In conclusion, TPA laser testing can be used as a very effective tool to evaluate the SEE response of a system prior to heavy ion testing. Inducing and observing the occurrence of different error modes using the laser pulse testing method elucidates what to expect during heavy ion testing and preparation can be made as far as test methods, hardware, software and analysis is concerned before a trip to heavy ion testing facility.

Allied Scientific Pro has designed a SEE testing pulsed laser based SPA system which has the potential to be upgraded to a TPA system. A video of the system can be found in the following link: