This technote intends to compare the bacterial disinfection efficacy of UV-LED lamps with the UV discharge lamps, specifically mercury lamps.

UV discharge lamps have been widely used for disinfecting fruit, vegetables, processed food, and equipment surfaces. The UVC region of the spectrum (200-280 nm) is the most effective for killing bacteria considering that the bacteria’s DNA  peak absorption lies at 265 nm. The most commonly used UV discharge lamp is the Mercury Discharge Lamp which has a high-intensity UVC radiation at 254 nm. Although the peak emission of mercury lamp does not exactly coincide with the peak absorption of the DNA of the bacteria, it is sufficiently close that it could inflict severe damage to the bacteria and destroy it. However, there are some limitations for the mercury lamp which are listed as follows:

·     The mercury lamp envelope is fragile and could break if a shock is inflicted.  In that case, the toxic mercury would be released into the environment.

·       The mercury lamp does not emit well under cold temperature conditions and therefore the irradiance decreases at lower temperatures.

·    There is a long warm uptime for the mercury lamp and it does not immediately reach maximum power as soon as it is turned on.

·       As stated earlier, the wavelength of emission is limited to 254 nm which is not at the peak absorption of the bacteria’s DNA as determined by the germicidal effectiveness curve. 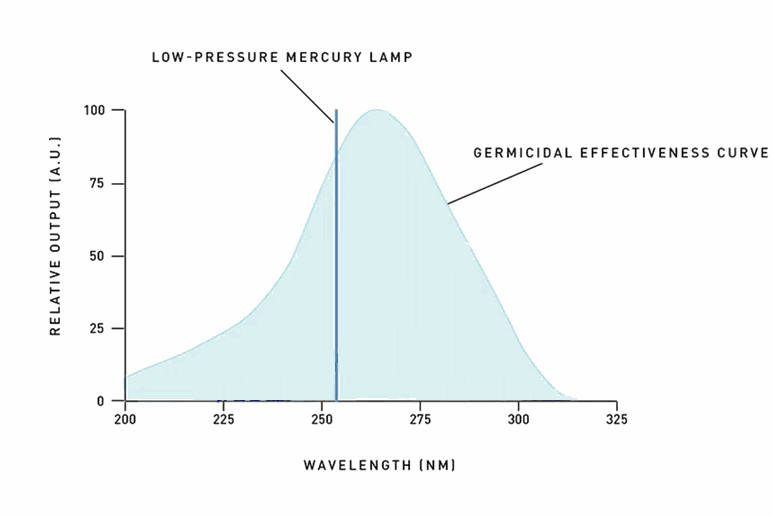 Figure 1: The Mercury lamp output is slightly off from the absorption peak of the germicidal effectiveness curve

A a suitable alternative to a mercury discharge lamp for the purposes of germicidal disinfection is UV LED. The UV LED is made of a p-n junction and the recombination of electron-hole carriers at the junction creates photons. Depending on the design of the p-n junction, different wavelengths can be emitted. The UV LED will have the following advantages over the mercury discharge lamp:

·       UV LEDs could be designed to have a peak emission closer to the germicidal absorption peak. They will be more effective for disinfection purposes.

·       UV LED’s output is not temperature-dependent

·   For equal power, the UV LED produces more irradiance at the same distance as compared to a Mercury lamp. This is depicted in figure 2.

In one research study1 three different types of bacteria, namely E-Coli, Salmonella and Listeria were grown in agar media and were subjected to the illumination by four UV LEDs at different wavelengths and one mercury discharge lamp at fluence levels of 0.1, 0.2, 0.5 and 0.7 mJ/cm2. The irradiance of the UV LED was 4.5 mW/cm2, so the intense mercury lamp needed to be attenuated using 52 polypropylene thin sheets by  a factor of nearly 200 to bring the mercury lamp irradiance down to nearly 4 mW/cm2. The three different bacteria cultures which were grown in petri dish agar media were illuminated by these LEDs and the mercury lamp at four different fluences (mentioned above) and the reduction in bacterial concentration were measured in log scale. Figure 3 shows the comparison between the mercury lamp bacteria concentration reduction  and the 266 nm UV LED (The most effective of all the 4 mentioned UV LEDs)  bacteria concentration reduction of three types of bacteria.

The E-Coli and Salmonella both show an OD6 reduction at a 0.7 mJ/cm2 and the listeria is showing OD5 reduction at the same dosage as observed in the graphs. The attenuated mercury lamp in each case has a much lower reduction. Both E-coli and Salmonella are gram-negative type of bacteria whereas listeria is a gram-positive bacteria. Studies have shown that gram-positive bacteria require more dosage as compared to gram-negative bacteria to be killed since they are more resistant to UV irradiation2. The main reason why the mercury lamp is not showing the same level of efficacy in germicidal disinfection is because of the inverse squared attenuation of the radiation as opposed to a more directional nature and more concentration on the target area for the beam in the case of the UV LED.

Allied Scientific Pro is on the quest to use photonics technology to battle the pandemic and offers various disinfection lamps on its product line. Figure 4 shows one of these products which is an LED gun as shown in Figure 4. 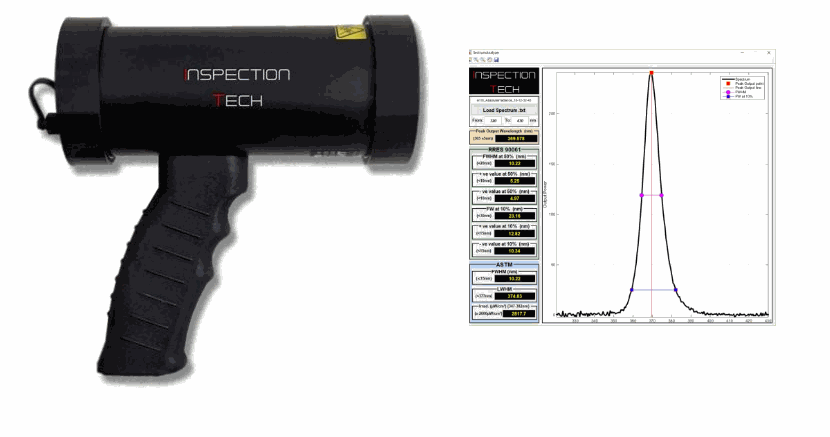 2-   Resistance of the genome of Escherichia coli and Listeria monocytogenes to irradiation evaluated by the induction of cyclo-butane pyrimidine dimers and 6-4 photoproducts using gamma and UVC radiations, S Beauchamp et.al, Radiat Physics Chem 81: 1193-1197, 2012