In recent years, LED technology has advanced greatly. As such, an increasing number of people in the Television and Film industry are utilizing LED lighting as it is both long lasting and energy efficient compared to traditional lighting technologies.

However, when compared to traditional incandescent light sources, LED lighting can present problems for TV and Film Producers. Unless cinematographers are familiar with LED lighting and how to properly utilize them, the spectral distribution of LED light sources can produce different, and sometimes unwanted colour representation. These problems force producers to spend a lot of time and expense in post-production.

Because of this factor, the European Broadcasting Union (EBU) developed new evaluation standards for studio lights and luminaries, the Television Lighting Consistency Index (TLCI). TLCI mimics a complete television camera and display, using only those specific features of cameras and displays which affect color performance, and increasingly more and more TV Studio (such as: BBC, CNN, NBC, iTV, Disney CHANNEL …) are adopting TLCI as their standard when purchasing equipment.

Previously, an expensive Spectroradiometer was required for spectral measurements as well as a computer installed with the required data-analyzing software. Now, however, industry professionals can utilize a much more convenient and cost-effective solution: The World’s first hand-held SMART Spectrometer, the “Lighting Passport” and its companion apps in the “Spectrum Genius" series.

Asensetek, manufacturer of the “Lighting Passport,” has even spent the past year developing a new SMART APP, the “Spectrum Genius Studio (SGS)”, giving customers the ability to get complete the TLCI information quickly and easily.

TLCI levels with a score greater than 90 indicate a light source widely regarded for television use, that will limit post-production time and labor costs. 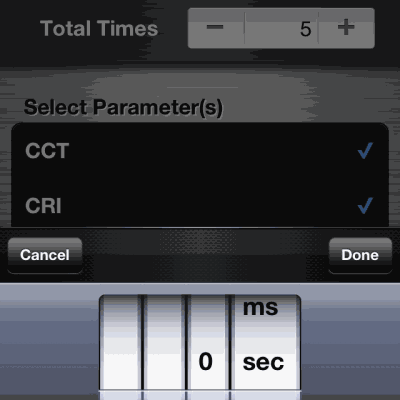 Through the creation of the cutting-edge SMART spectrometer, the "Lighting Passport" and the "Spectrum Genius" app series, Asensetek’s has delivered a valuable tool to aid professionals in the Television and Film industry, equipping them with a better way to choose the most suitable LED luminaries.

in Welcome to our blogs !
# Lighting Passport Blogs
IES TM-30-15