Lighting Passport experience at the summit of the Poás Volcano 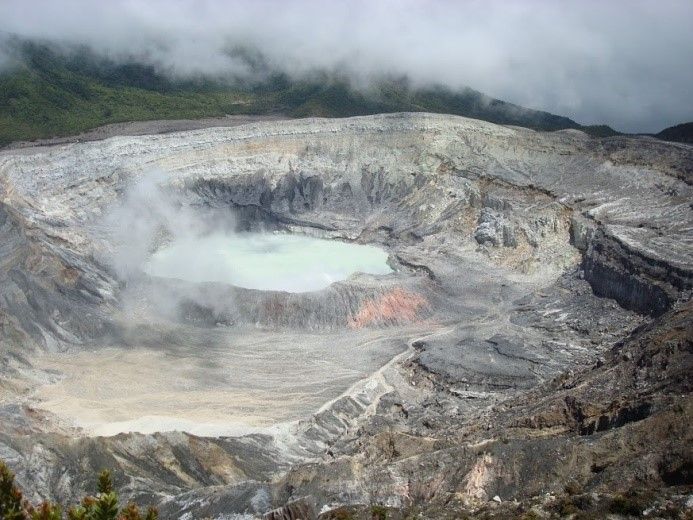 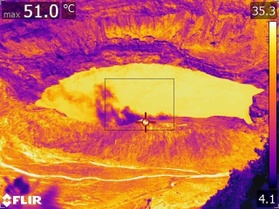 Laguna Caliente inside the active crater of the Poás Volcano and associated thermal image of the lake 8,885 feet or 2,708 meters in altitude

Two important tools which were used here up on the Poás Volcano were the Lighting Passport smartphone spectrometer thermal imaging cameras, both of which helped me to document the diffectent elements of this ecosystem of the National Park. The Lighting Passport was used to test and measure the different sunlight levels and environmental aspects like temperature and humidity here at the Poás Volcano summit and in the many other volcanic  microclimate areas of Costa Rica.

The thermal cameras are used to document the surface temperatures of objects further away that may pose certain hazards if one was to get too close, like an active fumarole for example. These two instruments The Lighting Passport and the thermal imagers allow us to observe and analyze many different aspects of the climate and natural sunlight. I used these instruments in several different places around this volcano, other volcanoes and several other important sectors of the country so we could better understand the interaction between fumaroles and our atmosphere. We also used the Lighting Passport to research and record data for studying how natural sunlight contributes to the color change in the Poás Volcano acid lake through selective absorption of light. This light data collected from the Poás Volcano summit also helps us to cultivate and research cloud forest  tropical plants species, exotic flora and even endangered tree species by using supplementary LED units in cultivation greenhouses in the subtropical region Florida where scientists are actively searching strategies to counter climate change..

The projects we are working on here in the area of the cloud forest is concerning lighting effect from fumaroles which pump out the water vapor, carbon dioxide, sulfur dioxide and other gases of volcanic origin. All of these gases and aerosols will play a role in absorbing or scattering solar radiation directed at the Earth. We tested the sunlight intensity and spectra in the sunny areas just outside the crater area, and then tested and studied any fluctuations in intensity and spectra from the sunlight transmitting through the fumarole of steam and volcanic gases.  The effect the natural sunlight has on the acid lake and its interaction with colloidal particles in the water of the Poás Volcano active crater lake Laguna Caliente were also  focal points of our investigation.

Right up front it was obvious that the sunlight intensity levels fluctuated rapidly. Since the clouds passed right by us the sunlight would be temporarily clouded and the relative humidity would skyrocket from 30% to 70% within one minute, and then the sunlight levels would increase and the humidity would be back down to around 40% humidity the next minute.  This rapid fluctuation would occur frequently during the entire day due to the altitude and the geographic location of Costa Rica. This climate fluctuation was very normal in the Poás Volcano microclimate area of Costa Rica. The cloud passage and humidity fluctuations also corresponded to fluctuations in illuminance as there would be brief periods of high illuminance and then when thick cloud coverage arrived, naturally there would be very low illuminance. Illuminance is  measured in lux and is the measure of illumination per surface area of a surface of an object like a leaf of a plant for example. 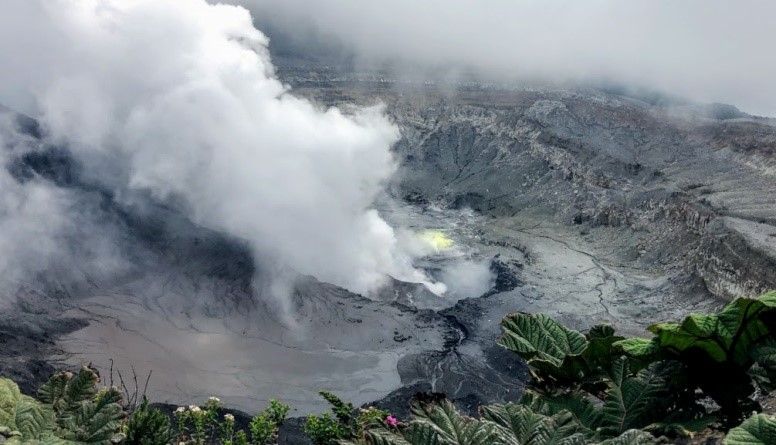 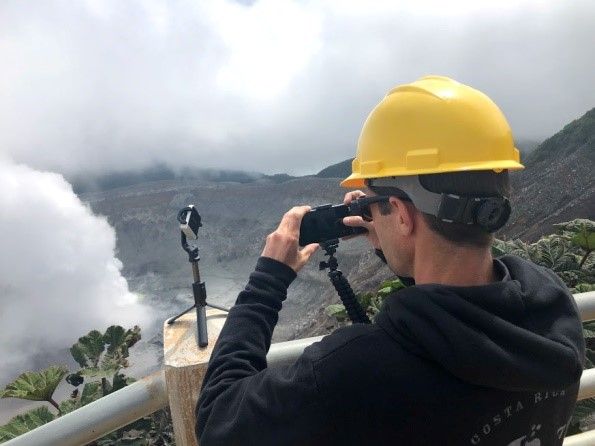 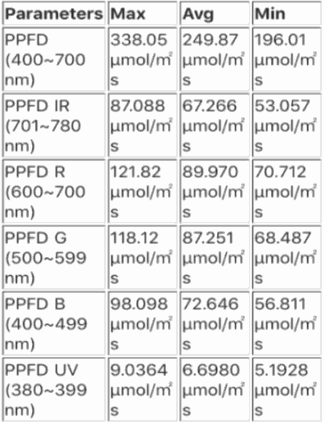 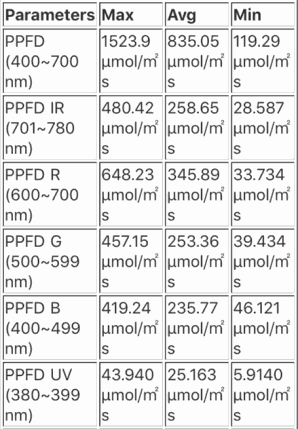 Lighting Passport measurement from an extremely cloudy day with poor visibility (left) and measurements taken during a sunny day with clear visibility (center & right), these charts show extreme variance due to all of the atmospheric variables
When an analysis of the natural sunlight at the Poás Volcano crater was done when it was cloudy, one finding that stood out was the peak wavelength which was 453 - 454 nanometers. The peak wavelength is the area of the spectra where the intensity of the light source is at its maximum, in this case the peak wavelength of the sunlight at this altitude was in the blue region at 453-454 nanometers which could be correlated to the color of the Laguna Caliente when is existed. The Laguna Caliente lake can be blasted into the atmosphere when there is a phreatic or steam blast eruption. The blue region of the spectra reading from this area shows maximum counts on the spectra diagram are in the blue area at 453-454 nanometers. Below we can see the spectra of the sky with a peak wavelength in the blue region of the spectrum around 453 blue, and this is due to the absorption of red wavelength and the scattering of the blue colored photons by the moisture of the clouds in the tropical atmosphere.  Another interesting finding in the Lighting Passport data is the red peak at around 640 nm. This may be due to light scattering due to volcanic particles and will be further investigated in the future. 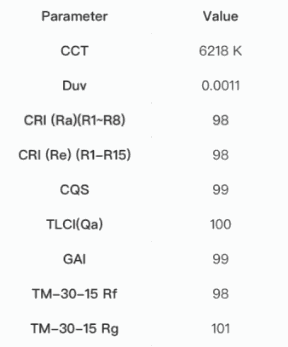 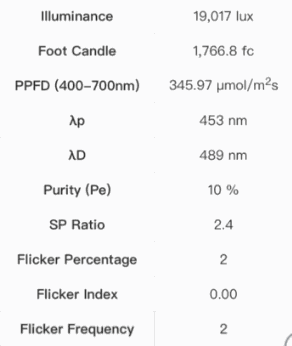 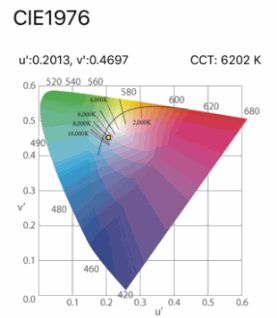 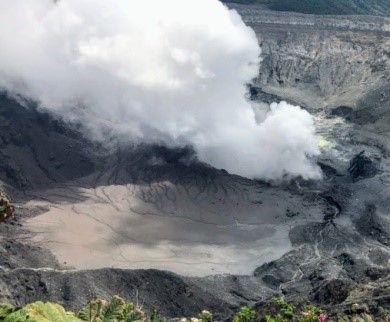 The dominant wavelength  of the color was also in the blue region of the spectra at 489-490 nanometers. This is the wavelength of the spectrum color whose chromaticity is on the same straight line as the sample point and the illuminant point. It’s a way to measure the dominant color of the illumination source, in this case the Sun. This spectra is a result of the natural sunlight transmitting through the atmosphere and interacting with humidity and aerosols from the volcano before it reached the Earth’s surface here at the summit of the Poás Volcano where we took measurements. By the time the photons reach the Earth’s surface here at the Poás Volcano crater they are partially absorbed, reflected and scattered by the atmospheric gases. The natural sunlight reaching this area has a dominant wavelength of 489-490. 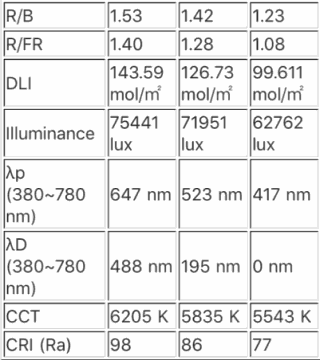 Lighting Passport measurement from an extremely cloudy day with poor visibility (left) and measurements taken during a sunny day with clear visibility (center & right), these charts show extreme variance due to all of the atmospheric variables

The nanometer wavelength between 300-320 nm is the range where sulfur dioxide or SO2 light absorption can be detected due to the gases emitted by volcanoes or power plants. UVB ranges from 280 to 315 nm and is another area of the spectrum we observed closely for any fluctuations. From what we observed in this environment concerning the clouds, elevation and particles in the air like nitrate particles for example; we believe that the cloud and high levels of relative humidity significantly contributed to the absorption and scattering of the UVB photons.  At the Volcano crater at this altitude there was no activity in the UVB range that registered on the SRI-2000 UV illuminance spectrometer when several readings were taken. This was most likely due to the high level of relative humidity up in the cloud forest and the aerosols being released from the volcano. There were significant UVA levels all the way down to 321nanometers, but there was nothing in the UVB area of the spectrum during the day I tested. UVA is that from 315 to 400 nanometers. UVB is from 280 to 315 nm, and UVC which ranges from 200-280 nm.
During different parts of the day the sky can change colors due to the scattering of certain colored photons as the sunlight transmits thought the Earth’s atmosphere; this is the reason the sky is blue for the majority of the day. The sky is blue due to preferential scattering of blue light by air molecules. Then during sunset is very rich in the colors pink, orange and red.
The most notable result of your testing was observing the red peak at around 640 nm which is most likely due to some scattering from volcanic particles
The red peak in the Poás volcano data could be due to absorption of blue and green by nitrate aerosols. We don`t have measurements of nitrate aerosols, this will be  a topic of future studies where we launch the Lighting Passport attached to a drone on an airborne data collection task.
Nitrogen dioxide also heavily absorbs in blue and green and less in orange and red. There may be some nitrogen dioxide present being released from the Poás Volcano which can be tracked online, Windy.com could give us the nitrogen dioxide concentrations in Costa Rica which we now monitor closely.

Aermod plots of the Poás Volcano on May 30, 2019. This day we had an influence of Poás volcano to the area of coffee plantations. This meteorological wind pattern is not normal. The normal wind is to the west or southwest. 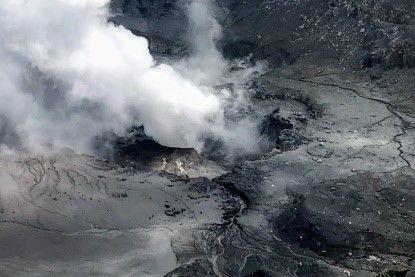 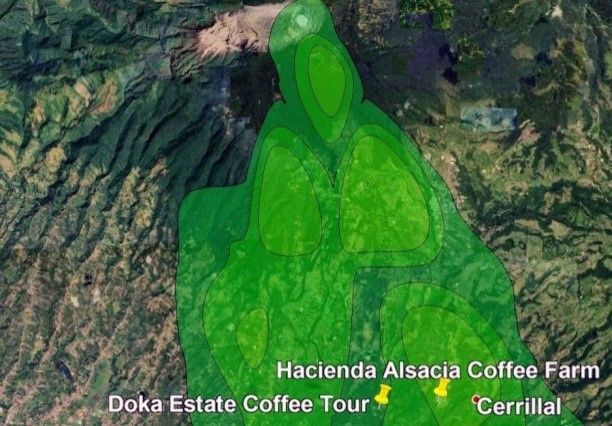 Aermod plots of the Poás Volcano on May 30, 2019 dispersing over several coffee plantations such as Starbucks Hacienda Alsacia.

Alsacia and Doka coffee plantations are to the south of the Poas volcano around 11 km away. This place is near to Sabana Redonda, where the University LAQAT-UNA made measurements of rain around the Poas volcano two years ago. The next table showcases the values that were found. 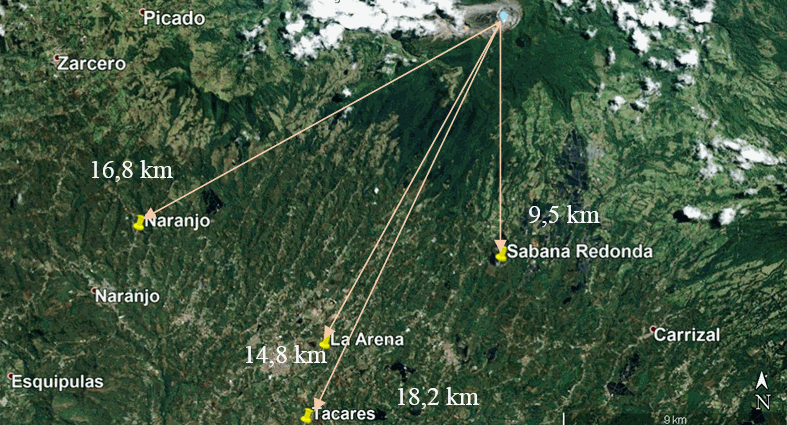