Mechanical ventilators and the fight against COVID-19 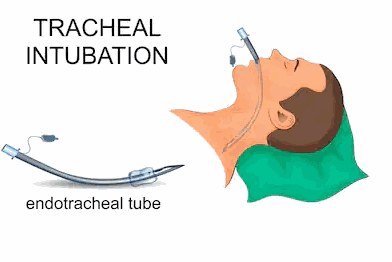 Non-invasive ventilation uses a mask over a patient’s mouth and nose. In its most simple form, the Ambu bag compression system consists of a flexible bag mask, ventilation tubing, valves, oxygen tube, reservoir bag and a face mask. The bag mask can be compressed by a person or by mechanical means. Figure 2 shows the scenario 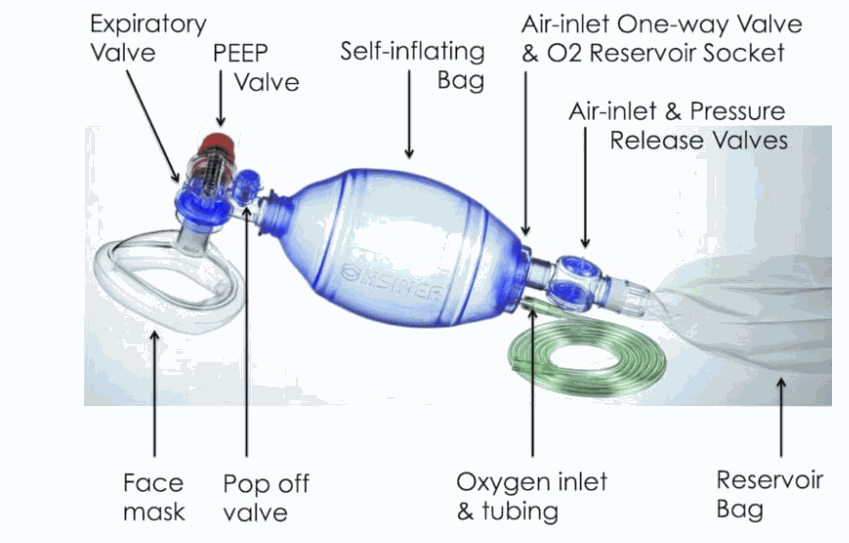 Figure 2:  Ambu bag compression system
Continue Reading...
Mechanical ventilators are widely used for patients who are suffering from ARDS (Acute Respiratory Distress Syndrome). With the Covid-19 virus creating a pandemic around the world and its flu like symptoms similar to ARDS, the burning question is if there are enough mechanical ventilators to support the patients who experience ARDS symptoms. One study by John Hopkins University (Reference 1) estimates that there are 160,000 mechanical ventilators. 62,000 are full featured and the remaining 98,000 units, although not fully equipped, meet the basic needs of a patient with ARDS. In a pandemic emergency such as the one created by COVID-19, there may be a 25% surge in the need for ventilator (Reference 1). If the pandemic follows the model of the Spanish Flu of 1918, numbers close to 740,000 ventilators will be required (Reference 2).
In the case of a severe pandemic, the medical staff cannot be present to squeeze the Ambu bag. For further simplicity, a mechanical design which could use a stepper motor can be used to squeeze the bag periodically to deliver a certain volume of oxygen. Several designs have been proposed (References 3, 4, 5) with the two important parameters of the design being the speed of the motor (which controls the pumping rate) and how much the bag mask is squeezed which depends on the motor torque and the positioning of the bag mask with respect to squeezing arm.
The more sophisticated mechanical ventilator machines have several modes of operation such as Volume Control Ventilation (VCV), Pressure Control Ventilation (PCV),Synchronized Intermittent Mandatory Ventilation SIMV), Continuous Positive Airway Pressure (CPAP), Pressure Support Ventilation (PSV), etc. One such unit is shown in figure 3 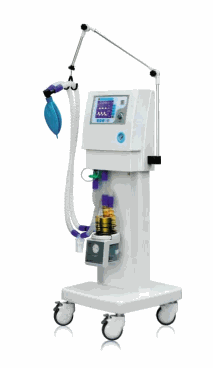 Figure 3: A more equipped mechanical ventilator
The most recent machines have many features such as LCD or CRT waveform displays, calculated lung mechanics and system diagnostics. There are few parameters of importance for mechanical ventilators that need to be described. They are:
The tidal volume, the flow and the pressure of the lung, whether it is spontaneous or assisted by mechanical ventilation can be depicted using diagrams. Figure 5 shows the spontaneous breathing parameters plotted as a function of time (Reference 7). One can see that the tidal volume (top red curve) varies in each cycle and the flow rate (middle red curve) is adjusted to support that volume. The muscular lung pressure (Bottom pink curve) is negative during inhalation and zero during exhalation. The alveolar pressure (Blue curve) follows the lung muscular pressure during inhalation and becomes positive during exhalation. 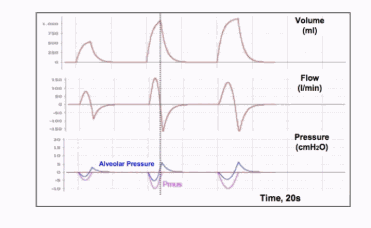 Figure 5: Spontaneous breathing
For a controlled cycle, where the entire respiratory cycle is controlled by the mechanical ventilator, one can fix the volume (VCV or Volume Controlled Ventilation). The performance of the breathing cycle is then depicted in figure 6 (Reference 7). 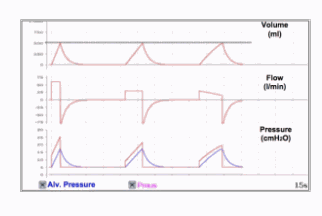 Figure 6: VCV mode for a controlled cycle
In this case the tidal volume (top red curve) is constant but the inspiratory flow (Middle red curve) was changed in each cycle which resulted in different times and inspiratory airway pressures (Bottom red curve). The muscular pressure is zero because the patient shows no respiratory effort in a controlled cycle. Finally, the alveolar pressure (Blue curve) did not change because it was determined by the tidal volume.
Allied Scientific Pro, recognizing the importance of the fight against COVID-19, has joined the battle and is assisting the public by offering many mechanical ventilators. Please refer to the link below: