The article compares three different techniques of paint removal which are a) sandblasting, b) water jetting and c) dry ice blasting. The comparison is done in 4 areas which are  CO2 emissions, fuel consumption, energy consumption and project duration. Before we compare these three techniques, a brief description of each technique is given.

Now that the three techniques have been described a comparison is done with respect to the four parameters measured in a project for repairing a bridge in Rhode island from start to end.

The sand blasting method has been used in many engineering projects to remove rust and debris from surfaces. The sand-blaster could use water or air to push solid particles across the surface to be cleaned.  However this method creates a lot of dust in the air or contaminated water which could contain a toxic element such as when a lead based paint is removed. Aside from that the method creates a lot of noise and vibration which is disturbing to the people working in the vicinity of the area. Water jetting has been typically used in removing paint and coatings from the surfaces but the problem of removal of contaminated water from the environment is an issue that has to be dealt with. Both sand blasting and water jetting have been used to remove organic matter from substrates such as cement, concrete and wood. For both sand blasting and water jetting, containment, collection , treatment and disposal of liquid waste generated under strict regulations.

The third method that has been mentioned here is the dry ice method which uses frozen CO2 pellets to blast at a surface. This method has the advantage that the dry ice pellets sublimate (change from solid to gas) right after the impact and hence only the removed debris from the surface remains. Therefore the amount of wats that needs top be disposed is minimal compared to the other two methods. On the downside the dry blasting method produces a lot of CO2 which is a greenhouse gas and contributes to global warming.

When a careful comparison between the three methods was carried out, it was found that the dry ice blasting method takes shorter time to finish as compared to the other two and therefore the length of stay of machinery in the area was reduced which could compensate for a part of increased CO2 emissions due to the nature of the process itself.

In general, considering the pros and cons of all techniques, the dry ice blasting technique is a much cleaner method but produces much more CO2. One way to get around this problem is the reclamation of CO2 produced by industrial processes ( capture and usage), so that prior to release to the environment, the CO2 can be  converted into the ice pellets and used for dry ice blasting which  subsequently release the gas in the environment. Figure 4 shows the concept. 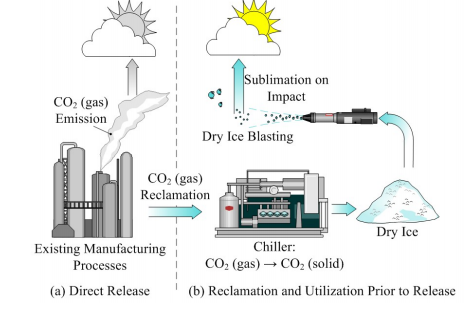 Figure 4: Reclamation of CO2 prior to release to the environment

To put some quantitative numbers of the comparison of the three methods for the case study, the following conclusions were drawn.

In conclusion, each method has its pro and cons but the dry ice method was the cleanest and finished the project in less time. It also consumed the least amount of energy as compared to the other two. Increase CO emission is a concern for dry ice method but it is partially compensated by reduction of greenhouse gases by vehicular activity due to shortness of the projects which use dry ice blasting.

in Welcome to our blogs !
# Lasers Cleaning Blogs
Lighting Passport at the Irazú Volcano:
one of the tallest and most active volcanoes in Central America.